Palm Pre is almost here, and you'll be able to buy it at Wal-Mart 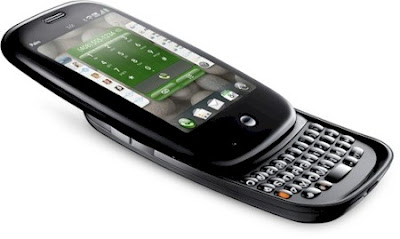 Sprint Nextel plans to start selling Palm's much anticipated new smart phone, the Pre, on June 6 for $200. The device could give Palm a needed boost in sales and help Sprint stop the defection of subscribers to other wireless carriers. The price requires a new two-year service plan and a $100 mail-in rebate.

The Pre, which looks like an iPhone but sports a slide-out keyboard in addition to a touch screen, is seen as Palm's chance of reversing a long slide and taking on newer smart phones like the iPhone and BlackBerry.

The phone, which was introduced at the Consumer Electronics Show in January, has a capacitive touch screen, slide-out keyboard, Wi-Fi, 3G, GPS, and Bluetooth. One of the most appealing features of the Pre is its new operating system, which is called webOS. The OS was built from the ground up with Internet connectivity in mind, and it has a finger-friendly user interface that can run multiple applications at once. Palm is planning to use webOS on a variety of devices, but it needs the Pre to be a hit in order to gain market share.

Sprint lost 1.25 million of its valuable contracted subscribers in the first three months of the year, even worse than the drop of 1.1 million in the fourth quarter.

Given their challenges, Collins Stewart analyst Ashok Kumar said the device is a "make or break product" for both companies. Kumar is skeptical that the Pre will be a runaway success because the smart phone market is already so crowded, and said the Pre should be priced lower than the $199 iPhone.

Gartner analyst Ken Dulaney said Palm has "a legitimate shot of resurrecting themselves," but argues that for the Pre to be successful it would have to become the dominant smart phone at Sprint, which he thinks is unlikely.

Palm also said Tuesday that it will also start selling a wireless charging dock for the Pre called the Touchstone, along with a special back cover that makes the phone compatible with the dock, for $70.

In addition to the usual Sprint sales channels, the Pre will be available at Wal-Mart, which is making a strong upgrade of its electronics departments to lure customers from rivals such as Best Buy and Amazon. They are all fighting for a share of business from recently closed Circuit City, which had over 700 stores and more than $11 billion in annual sales. Part of Wal-Mart's strategy is to offer high-end smartphones, such as the Pre. (info from The Associated Press and Information Week)