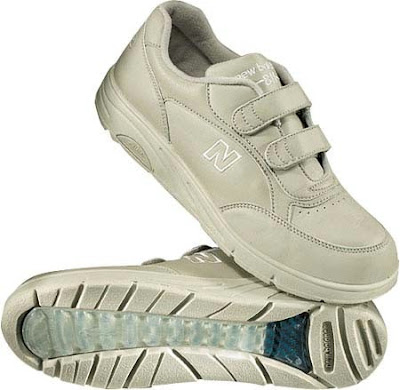 I'm not lazy. It's just that I think some things are not worth the effort they require. Even though many other people think it's not much effort and the end results are worth it.

I'm selective about the things I will work at and work for. I have limited time, and have to establish priorities.

I long ago decided that I'd risk "blepharoplasty" surgery if I developed old-people hanging bags under my eyes. I could not stand seeing them in the mirror and I check for them periodically.

My neck has suddenly developed some loose skin. It's usually hidden by my beard, but I hate my mirror during the first few days after a beard trim. I'm not sure if I'll go for plastic surgery or a long ZZ Top beard or a big supply of turtleneck shirts, or keep my chin tilted down.

On the other hand, I'm too lazy to get involved with a hairpiece, so the whole world knows I've lost most of my top-of-head hair.

I'm too lazy to get involved with contact lenses, so the whole world knows I need glasses.

Except for a few brief interludes, I gave up on shoes with laces many decades ago.

I got along fine with loafers, boots, sandals, sneakers with Velcro straps, and even rubber beach booties.

Two weeks ago my podiatrist proclaimed I had a heel spur and Achilles tendonitis. He prescribed cold packs, twice-weekly physical therapy and new shoes. Real shoes, not Crocs. And with laces. Something with support.

I told him I don't wear real shoes. When I was in college, I often went to class barefoot, like my ape ancestors. Merely enclosing my foot is a major compromise, and maybe going against nature. Except in the winter.

I have a few real shoes for funerals, but I'll be barefoot or Croc-ed at mine.

The doc offered a compromise, New Balance sneakers, with almost as much support as shoes.

I went to a local shoe store. The NBs cost over a hundred bucks. I remember when regular sneakers cost $5.98 and expensive ones went for three bucks more.

But the NBs were comfortable, and they were even available with Velcro instead of laces. I thought I could live with that.

When I was trying them on, there was a little kid a few seats away from me, getting new lace-up dress shoes for Easter. His old and tattered Vecro sneakers were on the floor nearby. He was about four years old. He saw my new Velcro-equipped NBs. He laughed. He pointed to me and said, "look Mommy, that old man is wearing baby shoes like I used to wear." His mother told him to be quiet and that it's not nice to point.

When I got to the office, Cynical Cousin Dave laughed and pointed, too.

He said, "Nice old-man shoes, Gramps. When are you moving to Florida?"

Dave is about 36 years younger than I am. He has a huge sneaker collection, including weird pink ones. He sometimes serves as an artistic advisor for my websites and book covers, and keeps me aware of Gen-X fashion trends. I think his hats are stupid, but he has a good graphic sense and I like his T-shirts and we usually agree on wristwatches. I knew he wouldn't sanction Velcro, but I thought he'd agree that the NB bottoms were cool. He said the bottoms were not cool enough to counteract the Velcro.

I know he's right. There is a fundamental visual flaw in Velcro-ized footwear. The vertical gap in a shoe just doesn't easily coexist with the two horizontal straps. Laces really do look better. Snapjacks, which I wore in sixth grade, were a visually coherent solution and a good compromise among vanity, utility and lazyness. Alas, they disappeared around 1960.

In 2009 I'm getting abuse for being a baby and for being ancient. All because of Velcro.

I'm just not sure if laziness will continue to beat vanity. My podiatrist will be pleased if I vote for vanity.

I vote for lazy.

Check out the New Balance outlet store in person in Allston Mass or online. You can save a fortune on many of (last year's) New Balance models.

I wear these same shoes, but always get them in black because it makes the straps less noticeable. I typically wear them as a step up from bedroom slippers, opting for other New Balance shoes (some of which look like dress shoes) for business wear.

I love New Balance especially for trade shows where I'm walking for miles in a convention center. The support and comfort is unbeatable. I also have large, wide feet (14 or 15 EEEE) Only New Balance identifies which of its shoes have an "extra wide toebox" which guarantees a good fit even via mail order.